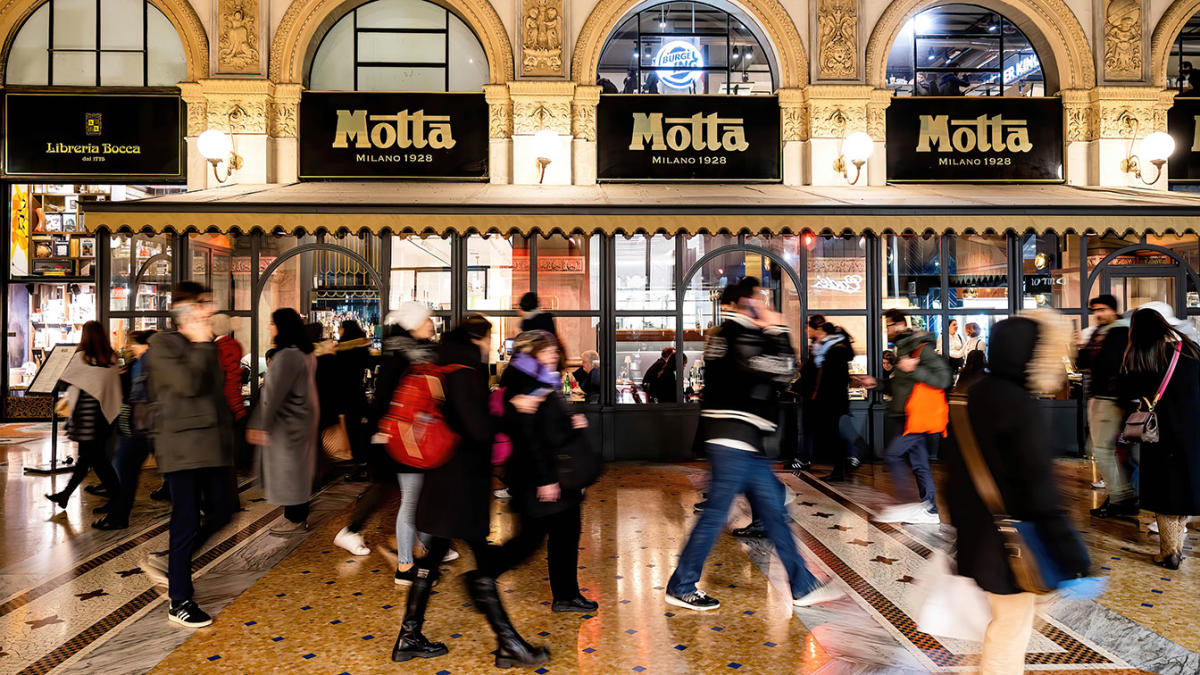 BARCELONA, Spain — A report released Friday morning by the European Center for Disease Prevention and Control (ECDC) found that the ongoing COVID-19 pandemic on the continent was improving compared with the spikes of new cases and hospitalizations experienced in December.

But experts who spoke with Yahoo News painted a much less encouraging picture, saying the ECDC “Country Overview Report” is based on incomplete, inaccurate data from 30 European countries.

“[D]ue to changes in testing strategies,” which continues, “and the end-of-year holidays, these numbers are a vast underestimate of the true picture,” a spokesperson from the World Health Organization told Yahoo News in an email. The WHO works with the ECDC in helping to compile its assessments.

Former WHO crisis manager Daniel López Acuña, who now resides in Spain, agrees that the new ECDC report assessing the state of the pandemic is not providing an accurate appraisal.

“The report tries to give an optimistic perspective on the state of COVID-19 transmission in Europe, but it contradicts itself when it admits that delays in reporting, not enough diagnostic tests and [holiday behavior] may be hiding the real magnitude of the problem,” López Acuña told Yahoo News. He believes that part of the underreporting, however, is due to “a collective denial” that has set in across Europe. “All governments want to close this book and go to the next issue.”

Over the past year, many European health ministries have simply stopped reporting important COVID information. Spain, for example, now tracks cases only of citizens over age 60. Germany, Portugal and Poland are among eight countries not reporting hospitalizations; Sweden, which saw the highest number of COVID patients requiring medical care since early 2021declared in April that COVID was no longer a health emergency and stopped reporting numbers.

“We’re only getting half the picture,” Salvador Macip, director of health sciences at the Open University of Catalonia, told Yahoo News.

Since most health ministries stopped routinely testing citizens and many countries dropped genomic sequencing, “we’re flying blind,” said Martin McKee, professor of public health at the London School of Hygiene and Tropical Medicine. Those reporting issues came despite assurances from Germany’s top virologist, who announced in December that the pandemic was finally over. Days later, reports broke about a new and more infectious variant, XBB.1.5, gaining ground in the US, and China experienced a surge of new cases after dropping strict zero-COVID policies.

Protests in December prompted China’s government to reopen the country, allowing citizens to travel freely — and cases promptly spiked. Earlier this month, some scientists estimated that China was experiencing a million new cases of COVID a day; on Dec. 25, the Financial Times reported that some 250 million people in China had contracted COVID in the first three weeks of December.

On Dec. 28, Italy became the first European country to demand testing of passengers landing from China, a demand met largely with disapproval, including from the ECDC, which issued a statement saying the agency considered “screenings and travel measures on travelers from China unjustified.”

When Italy’s initial tests of passengers from China showed that almost half of them tested positive for the virus, criticism quickly died down, and France (which was finding that about one-third of passengers arriving from China were testing positive), Spain, the UK and other European countries followed suit with their own testing requirements.

On Jan. 4, the European Union recommended that all 27 member states adopt a temporary requirement that passengers on flights originating in China show proof of a recent negative PCR test prior to flying and be required to wear a high-quality mask on board. It also recommended random testing of arriving passengers and surveying airport wastewater, with positive results of both to be sequenced.

Thus far, 10 of the EU’s 27 countries have adopted the recommended measures, although they remain controversial, with some experts urging that all airplane passengers be required to take preflight tests and that a masking requirement be reinstated across the board. With the measures applying only to flights from China, and with only some countries putting them in place, “it’s like putting up a gate in a wide-open field,” Macip said.

“It’s not a panacea,” López Acuña said of the policies singling out China, “but it’s going to help deter incoming cases into Europe.”

With incomplete COVID data coming from China, “It is not unreasonable for countries to take precautionary measures to protect their populations, while we are awaiting more detailed information,” Dr. Hans Kluge, regional director of WHO Europe, said at a press conference on Tuesday, adding that WHO is urging measures “to be rooted in science, to be proportionate and non-discriminatory.”

While the initial concern was that passengers from China would introduce new variants into Europe, none have yet been detected.

In a Jan. 3 advisorythe ECDC sought to allay fears about new COVID variants from China.

“The variants circulating in China are already circulating in the EU, and as such are not challenging for the immune response of EU/EEA citizens,” the agency wrote. “In addition, EU/EEA citizens have relatively high immunization and vaccination levels, [thus] a surge in cases in China is not expected to impact the COVID-19 epidemiological situation in the EU/EEA.”

López Acuña challenges that assertion, pointing out that immunity in Europe is weakening, as a mere 13% of the European population has received the second, more potent bivalent booster that addresses Omicron variants as well.

López Acuña is also extremely concerned that XBB.1.5, the so-called Kraken variant, which appears to be more severe than previous strains, is showing resistance to monoclonal antibody treatments and “is causing a considerable increase in hospitalization and mortality on the East Coast of the US.”

The ECDC’s advisory on XBB.1.5 earlier this week struck him as “wishy-washy.” In its Jan. 9 advisory bulletin, the agency wrote that the new variant has already been found in 16 European countries, but that the “rapid growth in the US does not necessarily mean that the variant will become dominant in the EU/EEA, since major differences in variant circulation between North America and Europe have been observed several times during the pandemic.” The notice conceded, however, that “there is a risk” that the variant could become problematic for Europe, “but not within the coming month.”

López Acuña bristles at that message. “It’s serious, but not very serious, and we don’t have to worry,” he said sardonically. He added that it’s unclear exactly how much Kraken is already circulating in the EU, since most countries aren’t sequencing positive test results. Overall, he believes the ECDC has been “acting very naively” at a critical juncture.

“We are facing two real emergencies of different natures — one of a variant that is much more serious, Kraken,” López Acuña added. “And in the second case, you have a pandemic dynamic that is creating a huge number of contagions and hospitalizations and deaths. So it’s not just Kraken that’s the threat or China that’s the threat. It’s the sum of both that threatens the delicate balance we were attaining with respect to the pandemic. And that is why the fight must continue.”

As a result, COVID cases in Europe are likely to shoot higher, according to both López Acuña and Macip. “With more virus circulating, we’re going to have more cases in Europe,” Macip said, adding that he’s worried about the effects on already overwhelmed hospitals. “Whether it’s a tsunami or a small wave,” he said, depends on a variety of factors, including whether Europeans take precautions, including masking — a recommendation that the WHO reinforced on Friday.

On Friday afternoon, as if on cue, the ECDC released an updated threat assessment. “According to the current ECDC assessment,” it said, “there is moderate probability of XBB.1.5 becoming dominant in the EU/EEA and causing a substantial increase in the number of COVID-19 cases within the next one to two months.” In an accompanying press release the agency wrote, “In light of this, ECDC recommends carrying out appropriate testing and sequencing, increasing COVID-19 vaccination uptake, and reinforcing infection prevention and control measures. Non-pharmaceutical interventions such as staying home when ill, teleworking, good ventilation of indoor spaces and appropriate use of face masks should also be considered.”