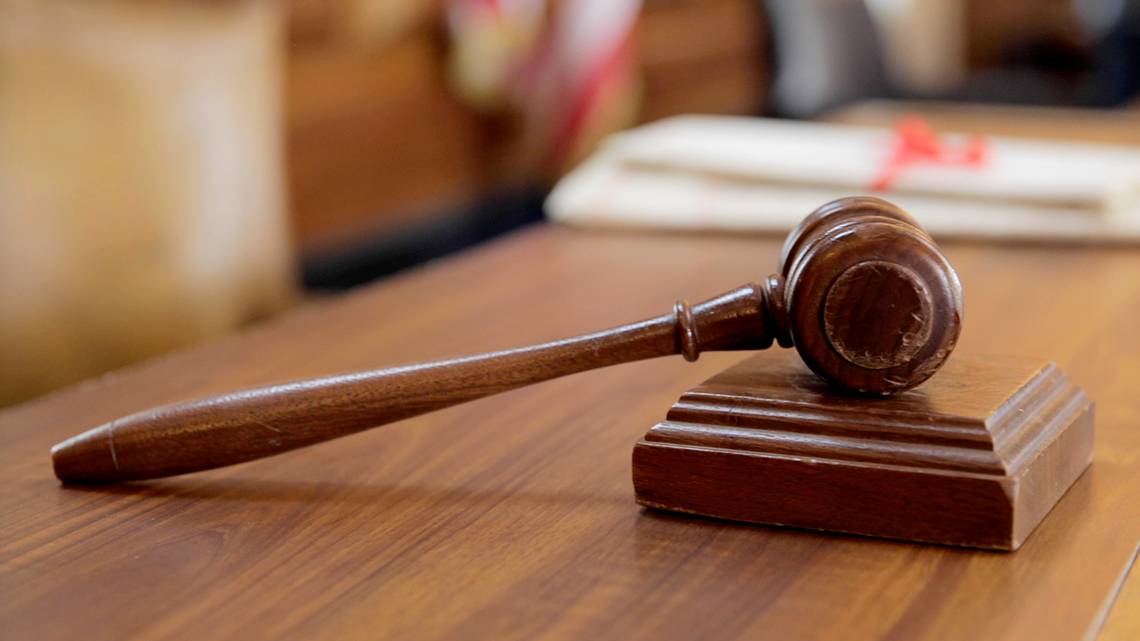 The families of a suspect who killed two people and one of his victims embraced one another and cried together in a Fayette County courtroom Wednesday as they watched a 20-year-old suspect accused of two killings get sentenced to 25 years in prison.

Nathaniel Kincaid, 20, pleaded guilty to amended charges of murder and second-degree manslaughter and was sentenced to 25 years in prison by Fayette Circuit Judge Julie Goodman for murders he committed as a minor in 2020. His case went through felony mediation, which resulted in a plea agreement.

He received 25 years for the murder charge and 10 years for the manslaughter charge, but the sentences are set to run concurrently. He originally faced two murder charges after him killed Bruce Trice, 58and Lowell Johnson, 55, within 24 hours of each other.

Family members of Johnson and Kincaid embraced each other and cried together as they mourned the deaths and Kincaid’s prison sentence.

“I am so sorry for your family,” Kincaid’s mother said tearfully in court Wednesday. “I don’t know how I would react if something like this happened to my family. … I love my son and I always will but I am so mad that this happened. I just apologize and thank you all for what you have said.”

Kincaid had intended to shoot Trice, according to court documents, but he unintentionally shot Johnson on May 27, 2020 when he first opened fire at an apartment building on Augusta Drive. Court documents say Kincaid returned to the apartments less than 24 hours after shooting Johnson and also shot Trice.

Both victims were taken to University of Kentucky Chandler Hospital, but both died from their injuries.

‘There should be a life, and opportunity for him.’

Robert Berry, the cousin of Lowell Johnson, said in court Wednesday that Johnson’s death was “devastating, heart wrenching, and mind blowing,” but that he could not put all of the fault on Kincaid.

Berry said he found out that Kincaid only had an eighth-grade education and was heartbroken. He said he thought of young Black men who haven’t been given opportunities to accomplish their goals.

Berry asked that Kincaid change the trajectory of his life while he is in jail.

“I hope you are so shaken up and confused that you have no one else to call on but God,” Berry said. .” …. Today is the day we make an impact. Today we are going to make a change for a better you. That day you were a boy thinking like a man, and the man you thought you were made a big mistake.”

Rev. Michael Wilson told the court he hoped Kincaid could be a conduit for others to do differently in their lives.

“We as a community — Black or white — must evaluate what is going on around us and say that these things must stop,” Wilson said. “Be a conduit for saying, ‘I made a mistake,’ and that there is a different way to achieve things in your life that you want other than to cause pain and hurt. But we have to have justice to say that this can no longer take place.

Judge: ‘We create these problems as a society’

Before imposing sentencing, Goodman said what she heard in the courtroom was not an anomaly — that people of color, and the poor, are most adversely affected by societal issues.

“And not to acknowledge that young men at age 15 and 16 can find a handgun on any street corner,” Goodman said. “They can’t drive, they can’t vote but they can find a handgun. We create these problems as a society, and what I continually hear is that the people of color who are often the victims of crimes, and most adversely affected, are the kindest and most forgiving.

“I can’t say that about the rest of our society.”

She said while she is still human and has emotions, that she was bound by the law to serve justice. She encouraged Kincaid to choose “goodness” and “betterment.”

“For 25 years he will not have the life that other people’s children will have. I also acknowledge that what he did, while it is forgivable, what he did requires justice and punishment like our society demands,” she said. “Don’t waste your life there. There are two ways you can go. You can see goodness, you can see betterment, or you can see evil.”

Kincaid’s attorney, Kevin Hume, said Kincaid was aware he would be spending decades in prison and made plans to advance his life by getting his GED and making plans for when he is released.