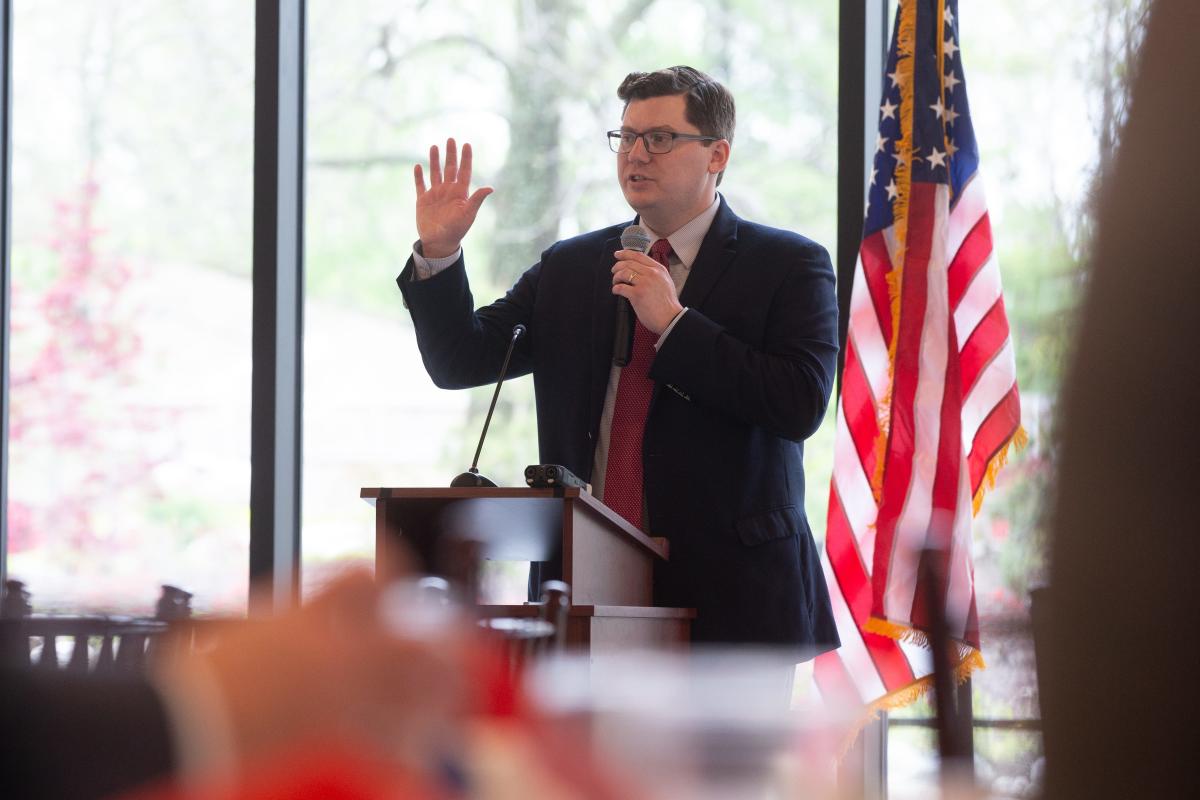 Arguments began Tuesday in the trial of a man accused of threatening to kill US Rep. Jake LaTurner, R-Kan., although the defendant’s bid to represent himself could change the dynamics of the case.

Chase Neill was charged last year with one felony charge of threatening a federal official after he left a series of voicemails at LaTurner’s office, including one where he said, “This is a threat to your life and all the members of Congress,” according to a recording played in court.

Prosecutors must prove that Neill’s words represent a true threat, or that he actually would have been able to follow through on them, something his attorneys contest.

But the main matter for the court to decide will now be whether Neill should be allowed to represent himself, a decision he reached after the trial had already started.

Judge Holly Teeter cautioned him against such a move, calling it “unwise,” and will review whether Neill will be allowed to do so Wednesday morning.

Neill appeared in court in a blue blazer and khakis and at various points spoke in his own defense during court proceedings, including one instance where he seemed to question the legal strategy of his attorneys, federal public defenders Melody Brannan and Kirk Redmond.

If he is allowed to proceed pro se, Teeter warned, he will be held to the same standards as an attorney.

“Just because he doesn’t like what the government says, he can’t just blurt out alternative facts,” assistant US attorney Skip Jacobs said.

Neill initially filed a motion Friday to represent himself, then appeared to reverse course Tuesday morning shortly before a jury was empaneled.

In the document, Brannon said Neill indicated he would like his attorneys to remain in a limited role, in which they would be allowed to weigh in only on legal technicalities or if they were ordered by the judge to take over as lead counsel.

“He can continue with the service of counsel, or he can represent himself pro se with standby counsel,” Brannon wrote. “In that capacity, our role is extremely limited. Mr. Neill would be responsible for conducting the defense; we could assist only with minor evidentiary matters and consult concerning the law.”

Prosecutors say LaTurner and his staff took steps to increase their own security in the wake of the voicemail, left on June 5, where they allege Neill made the threat.

In the wake of the message, office staff began locking the office doors more regularly and installed a security camera. Topeka police increased patrols in LaTurner’s neighborhood and he canceled a planned flight to Washington, DC, days after the voicemail was received, instead opting to vote via proxy.

The matter was also referred to the US Capitol Police, who opened an investigation.

“The defendant specifically says this is a threat to your life, this is a death threat,” Jacobs said in his opening statement.

But Redmond argued in his remarks that the messages left by Neill constituted a much broader threat, one in which he referenced witchcraft, divination, aliens and a conspiracy involving former President Donald Trump.

Neill didn’t claim he would violently pursue LaTurner, as much as proclaim himself to be “the Messiah,” Redmond said, adding that Neill believed “he has a special relationship with God and when God believes he needs something he makes it happen. “

“This wasn’t a threat against Rep. LaTurner,” he said. “This was a threat to literally everyone in the universe.”

Teeter wrote last year that Neill has “a mental illness and that the mental illness renders him unable to assist properly in his defense” but an evaluation found him competent to stand trial, a finding Teeter affirmed in a December ruling.

LaTurner is expected to testify in the trial, which is set to run through the end of the week. The schedule of the proceedings is now uncertain, however, in light of Neill’s potential effort to represent himself.

On at least two occasions, Straub spoke to Neill. In one case, the interaction was a 45-minute phone call where she found Neill to be “nonsensical.”

When she created a case file for Neill, as staff are to do for constituents in need of assistance, she noted the possible need for law enforcement to conduct a welfare check.

Another time, Straub said she arrived for work early, only to find the phone ringing repeatedly. When she answered, Neill said he only wished to leave a voicemail.

“I talk to people everyday,” Straub said. “And most people can string together sentences I can understand, and I didn’t understand what he was saying.”

In his opening statement, however, Redmond argued that a Lawrence Police Department detective interviewed Neill as part of the US Capitol Police investigation and did not immediately detain him as a threat.

The trial begins at a time when public officials have been the subject of an increased number of threats.

Data from the US Capitol Police show that threats against members of Congress have dramatically increased in the past five years and the husband of US Rep. Nancy Pelosi was attacked and beaten during a home invasion last year.